Skip to content
Home » Policing of a Black hairstyle

Let’s get educated: The sub-Saharan African hairstyle, which involves the interlocking of human hair, is called locks, not dreadlocks and sure-in-the-hell not dreads — but locks. And there is nothing dreadful about this authentic African hairstyle.

Africans have been rocking locks for thousands of millennia.

The Maasai warriors are known for their hair locking.

Even Samson, the biblical Nazarite, rocked locks. That’s until Delilah, a Philistine, ordered her servant to cut them off Samson’s head in hopes that he would lose his strength.

America recently busted into a frenzy when a wrestling coach forced a Black athlete to cut his locks before competing. 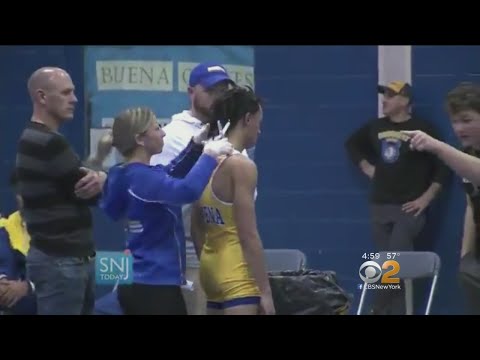 Most media outlets, including some Black ones, refer to the Black wrestler’s hairstyle as dreads or dreadlocks.

To rename this beautiful, ancient, and, in some cases, spiritual hairstyle dreads or dreadlocks is offensive and echoes white supremacy’s colonialism of Black oppression and suppresses a person of color’s natural, physical expression.

In the English dictionary, the definition for the word dread is: to anticipate with great apprehension or fear.

Somebody decided to attach that terrible word to Black hair, and we know the genesis of demeaning Black hair didn’t start in Africa.

Human beings, regardless of their racial ethnicity, have always feared the unknown.

And when white folks arrived at Africa’s shores and saw our hair, the first opinion they had of it was that it was dreadful because it didn’t look like European hair. They thought it was dirty, diseased, and unkempt.

Biases against Black hairstyles are part of the ‘system’ called systemic racism, the machine that regularly demonizes Black people and sets aside what makes us uniquely beautiful.

This is why we say this country wasn’t built for us because we are policed in every way: in the classroom, in the workplace, at home, in our houses of worship, at the park, even our hair is policed.

I’m pretty sure the coach determined that the young athlete’s hair was too dreadful for the competition floor; that is why he told him to cut it.

Why did we continue their narrative that our hair was dreadful?

Like Samson, the social power and resistance was in the Black wrestler’s locks. There was nothing dreadful about his hair. What was dreadful was the fact that every adult in that room failed that the young Black athlete.

It is dreadful that in order for this Black young man to compete, he had to alter his Blackness to appease white supremacy.

And that is a damn shame.

I see a White woman cutting a Black boy’s hair, and a white teammate telling him that it’s okay. I can imagine him saying, just beat the kid you’re about to wrestle.

Perhaps both of the White people thought they were helping this young man. What they really did was demean and tear at his cultural heritage, disrespect African hairstyles, and reenforce a racist system.

They told him that his hairstyle was too Black without saying it. They went along with their system, without even realizing it.

Nehemiah D. Frank is the founder, executive editor, and director of The Black Wall Street Times, a digital news media company that believes access is the new civil right. He graduated with a general studies degree from Harold Washington College in Chicago, IL, and a political science degree from Oklahoma State University in Stillwater, Oklahoma, and was a member and chapter president of the Phi Theta Kappa Honors Society. Today, he is a blogger for Education Post, based in Chicago, IL, and a board member for the Tulsa World, Tulsa Press Club, and Tulsa’s Table. He is also a public school educator at a local community-led charter school and is a member of Superintendent Joy Hofmeister’s Education Task Force for Equity and Inclusion. In 2017, Frank became a Terence Crutcher Foundation honoree, a recipient of the 2017 METCares Foundation Community Impact Award, a 2018 Black Educators Fellow and gave a TED Talk at the University of Tulsa.