“The media’s the most powerful entity on earth. They have the power to make the innocent guilty and the guilty innocent, and that’s power. Because they control the minds of the masses.” Malcolm X

The internet is the last vestige of free-flowing information not controlled by multi-national corporations. It has shown it has many uses from online classes to entertainment, social media and just good old fashioned information can be found on the internet.

One of the most important uses of the internet is independent news. From the Young Turks, Redacted, Ring of Fire, Mother Jones, and other independent online news networks have shown a journalistic responsibility to report the truth. Unfortunately, I can’t say the same about major media conglomerates: CNN, MSNBC, and FOX News. All of the major American media companies are controlled by 15 Billionaires. That’s right!  Fifteen people rule and run the major media outlets in this country. They control what we hear, see, and read. To understand the complexity of this, first, you must understand that those aren’t the only companies they have a financial stake in. They have major shareholder stakes in a plethora of companies from fossil fuel, pharmaceutical companies, and investment banks. These same companies advertise on those networks. Hence, it would be safe to assume that those same news networks would rather tell you about Kanye and Kim versus borning the masses about global warming and the repeal of The Glass-Stegal Act.

Independent online news networks are not beholden to multi-national corporations. They are free to report the truth and speak truth to power without being muzzled by money and power.

The internet has given them the medium to provide America and the world with refreshingly authentic, grassroots coverage of American news.

When we connect to the internet and go online, you have certain expectations.

You expect to be connected to whatever website you want.

You expect that your cable or phone company isn’t messing with the data and is connecting you to all websites.

You expect to be in control of your internet experience.

When you use the internet you expect net neutrality. 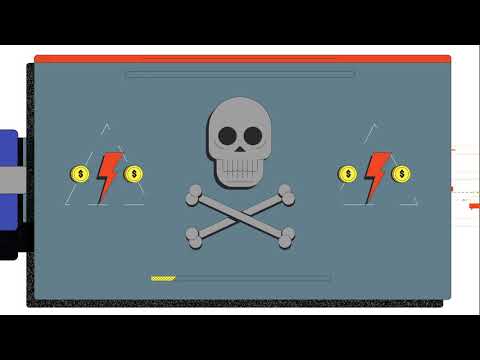 What is Net Neutrality?

Net neutrality is the internet’s guiding principle: It preserves our right to communicate freely online.

Net neutrality means an internet that enables and protects free speech. It means that ISPs (Internet Service Providers) should provide us with open networks — and shouldn’t block or discriminate against any applications or content that ride over those networks. Just as your phone company shouldn’t decide who you call and what you say on that call, your ISP shouldn’t interfere with the content you view or post online.

Without net neutrality, cable and phone companies could carve the internet into fast and slow lanes. An ISP could slow down its competitors’ content or block political opinions it disagrees with. ISPs could charge extra fees to the few content companies that could afford to pay for preferential treatment — relegating everyone else to a slow-tier of service. This would destroy the open internet.

But right now this freedom is in jeopardy.

In May, the FCC voted to let Pai’s internet-killing plan move forward. By the end of the summer, the agency was flooded with more than 20 million comments. The vast majority of people commenting urged the FCC to preserve the existing net neutrality rules.

What would happen if we lost Net Neutrality?

This would have an enormous impact. Companies like AT&T, Comcast and Verizon would be able to decide who is heard and who isn’t. They’d be able to block websites or content they don’t like or applications that compete with their own offerings.

Particularly, the consequences would be devastating for marginalized communities’ media outlets, which have been misrepresented by the major media conglomerates. People of color, the LGBTQIA community, Indigenous peoples and religious minorities in the United States rely on the open internet to organize, access economic and educational opportunities and to fight back against systemic discrimination.

Why is Net Neutrality crucial for communities of color?

The open internet allows people of color to tell their own stories and organize for racial and social justice. When activists are able to turn out thousands of people in the streets at a moment’s notice, it’s because ISPs aren’t allowed to block their messages or websites.

The mainstream media have long misrepresented, ignored and harmed people of color. And thanks to systemic racism, economic inequality and runaway media consolidation, people of color own just a handful of broadcasting stations. The lack of diversity in ownership is the primary reason why mainstream media has gotten away with criminalizing and otherwise stigmatizing communities of color.

Without net neutrality, how would activists be able to fight oppression?

What would happen to social movements like the Movement for Black Lives?

How would the next disruptive technology, business or company emerge if internet service providers only let incumbents succeed?

And without net neutrality, millions of small businesses owned by people of color wouldn’t be able to compete against larger corporations online, which would deepen economic disparities.

What can you do to save net neutrality?

Click the link for more information on Net Neutrality: https://www.battleforthenet.com/