Skip to content
Home » Closing Gilcrease was no honorable vote

On April 22, 2019, the Tulsa Board of Education voted once again to close a school once again in North Tulsa once again against the will of the community once again. This time it was Gilcrease Elementary School.

At a packed Education Service Center (ESC) on 31st Street and New Haven, the school board had its scheduled public meeting. On the agenda was the closing of Gilcrease Elementary and merger with ECDC Bunche.

A total of 17 voices from the community passionately spoke in favor of keeping Gilcrease open. These voices came from teachers, parents, students, school partners, and community leaders and organizers.

Every single one of these voices spoke up in favor of the school, what they have built, and how devastated the community would be if it closed.

These were eloquent voices, some soft, others loud. And what is important is that these voices, for a fleeting instant, were heard — heard not only by those of us in the audience but more importantly by a majority of those at the seat of power at the Board.

Jennettie Marshall from District 3 was the first Board Member to speak after comments by the community had finished, and her words will remain some of the most honorable and genuine to have been uttered at that body.

Following Ms. Marshall was newly elected District 1 Board Member Stacey Woolley, who despite being a newbie showed tremendous courage to also vote against closing Gilcrease.

District 5 Board Member Brian Hosmer, the other new kid on the block, came after Ms. Woolley. He was erudite in his rhetoric and convincing in his argumentation to also vote no to the closure.

Following Dr. Hosmer came District 6 Board Member Ruth Ann Fate. So moved by the words of the community and the three colleagues who had spoken before her, and to the surprise of all of us in the audience, Ms. Fate indicated that she too would vote against the closure.

Ms. Fate indicated that she too would vote against the closure.

The community had won!

For the first time in the litany of school closures that have adversely impacted working class communities on the Westside and in North Tulsa, there had finally been a halt to the devastation.

Or so we thought.

The shenanigans began once it became evident that crumbling before all of our eyes was the vaulted long-held majority on the Board that so often rubber-stamped any and everything brought before it by the Superintendent.

For several frantic minutes, the powerful interests on the Board were not assured to get their way; and we all know that privileged people — especially privileged white people – do not like being told that they can’t get what they want.

First came District 7 Board Member Suzanne Schreiber moving to table the discussion, thereby tabling the vote. She rambled on about costs and other things mostly in a move to bide time and stall.

As she was speaking, Superintendent Gist left her seat and began to have conversations in the ears of the attorneys for the district.

Further stalling tactics ensued, including having one of the attorneys indicate that if there was a no vote on closure then the Board could always bring it back at a later date.

In other words, the attorney basically intimated that if not now, then at some later date the issue would again be raised, and the eventuality of the closing of Gilcrease would be ensured.

The decision to close the school was, obviously, already made, and the democratic process was only a pro forma obstacle and a nuisance that needed to be dealt with rather than embraced and honored.

The motion to table was never seconded, and the Board President Shawna Keller had no choice but to call the vote, which she did. It was here that Superintendent Gist intervened, immediately before the vote, to filibuster for many minutes.

It still remains unclear whether this move is even allowed according to Rules of Order – namely that a non-voting ex officio member can interject after the vote has been called.

It still remains unclear whether this move is even allowed according to Rules of Order – namely that a non-voting ex officio member can interject after the vote has been called.

But this is what happened, and between Schreiber’s maneuver to table the motion and Gist’s filibuster, the message became clear.

What happened next was one of the most appalling episodes I have ever witnessed at such meetings, as once the vote was called, Ms. Fate, who had earlier indicated that her conscience was telling her to vote no to closing the school, suddenly had a change of heart, and voted “yes”.

And with Fate’s yes vote, the others fell into line: Keller, Schreiber, Wester, along with Fate, constituted the majority, and the vote to close this iconic school in North Tulsa was approved.

This was no honorable vote.

This was no honorable vote.

The community should not give up, and we should organize marches and pickets and protests at Gilcrease, the ESC, and other places to demand that the voices of 100% of the people from the community who spoke at the meeting, and 3 out of 7 voting board members, be heard.

The closing of Gilcrease Elementary is much too important to be decided in such an underhanded and nefarious manner.

Just as the attorney for the district indicated that if a “no” vote would have happened then it could be revisited at a later date, so too should be the case for a “yes” vote.

Just as the attorney for the district indicated that if a “no” vote would have happened then it could be revisited at a later date, so too should be the case for a “yes” vote.

The Tulsa community should demand that the disgraceful display of sheer power and arrogance in abrogating the democratic process should be enough to render the vote null and void, and the matter of the closing of Gilcrease be once again brought up before the board and the community. 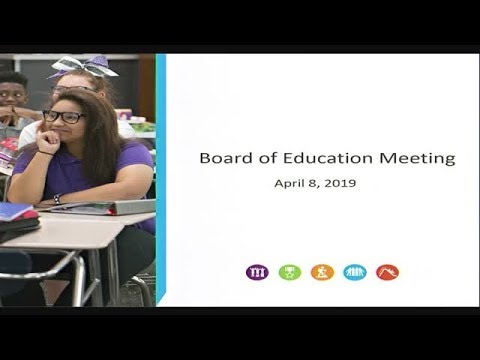 Scott Carter is Professor of Economics at The University of Tulsa. He is also one of the voices behind Working People Lead Tulsa, a movement of working people organizing in our community; he is also involved in the newly-launched Urban League of Greater Tulsa. Professor Carter can be reached at professor.scott.carter@gmail.com.