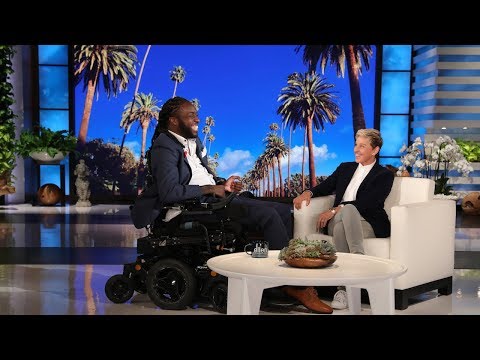 Adding to his list of Muslim majority countries banned from immigrating to the United States, Trump included six new countries, one of them being Nigeria, which has one of the largest Christian and Muslim populations on Earth.

The justification for the ban involves Nigeria’s government inadequately providing security and vetting for individuals leaving a country plagued by the violent terrorist group Boko Haram. Yet, Nigeria remains Africa’s largest economy, and its immigrants continue to be among the most educated and successful immigrant groups in the United States.

Former football player turned motivational speaker Emeka Nnaka is a Tulsa resident whose family immigrated from Nigeria. He received a call from a friend while driving, alerting him of the ban. He didn’t believe it until he read the reports for himself.

“When I got home, my stomach dropped thinking about my sister’s husband — who’s trying to come over here,” Nnaka said. He immediately called her and ended up breaking the news to her. “My dad said he hopes he’s far along enough in the [immigration] process to where it doesn’t affect him, but we still don’t know,” Nnaka said.

The ban means the U.S. will deny immigrant visas for people from Nigeria, Eritrea, Myanmar, and Kyrgyzstan who wish to live in the U.S. Meanwhile, immigrants from Tanzania and Sudan may no longer use the immigrant visa lottery program to move to the United States.

According to a report in the New York Times, the ban takes effect on February 22. Those who have obtained visas before that date should be able to enter the U.S.

Moreover, non-immigrant visas for tourism, temporary labor and school will not be affected by the ban.

Emeka Nnaka said before the ban was announced, his sister hoped for her husband to enter the U.S. by December 2020, a nearly two-year process in an already difficult immigration system.

“It’s fear that’s being stoked up in our politics for a long time,” Nnaka said. “If you feel like it doesn’t touch you, then you don’t think about it.”

The total number of countries whose residents are banned from immigrating to the United States now stands at 13.

Deon Osborne was born in Minneapolis, MN and raised in Lawton, OK before moving to Norman where he attended the University of Oklahoma. He graduated with a bachelor’s degree in Strategic Media and has written for OU’s student newspaper the OU Daily as well as OKC-based Red Dirt Report. He now lives in Tulsa, where he works at a local youth shelter. He is also a former intern at Oklahoma Policy Institute.