After becoming only the second Black-female actress in history to win a Golden Globe, Andra Day was paid a visit by an unexpected but well-admired visitor. During a virtual interview inside her hotel room with Access Hollywood, regarding her historic Golden Globe win, Regina King interrupted.

King stopped by and enthusiastically congratulated Day who’d just won Best Drama Actress Golden Globe in The United States vs. Billie Holiday. Viewers were able to see an up-close and personal moment of what black girl magic actualized looks like in real-time.

Day, briefly forgetting her interview with Scott Evans, excitedly jumping from the couch when she realized who actually walked into her suite. Both influential and iconic queens warmly embraced each other magically.

“I can not believe this,” Day said while embracing King in amazement.

King replied, “This is your moment,” to Day.

Evans, a skilled journalist, ceased the authentic moment by asking King if she was proud of Day.

King responded, “Oh my God! Are you kidding me? When we found out this woman was in this hotel…” adding “She has made history.”

King also made history being nominated for Best Director Golden Globe for her directorial debut One Night in Miami. When Day tried giving King some praise, King humbly replied “No, this is your moment. Live in this moment.”

Both actresses stand on the shoulders of the iconic Whoopi Goldberg who was the first black actress to win the award.

Next, Evans asked Day: “You are literally standing on the shoulders of those who’ve come before you tell me how it feels?”

Day replied, “And that’s why this move makes me so proud because of all of these stories that have been surprised and all of these stages that we haven’t been invited to and not represented in.”

Day hopes there no longer have to be conversations in Hollywood about representation. She looks forward to the day where Black actors are normalized. 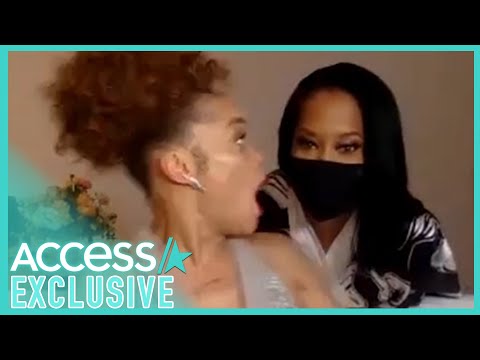