A former shoe shiner had no idea that a trip to the airport with his son would end with D.E.A. agents seizing his life savings without charging him for a single crime. It’s a process called civil asset forfeiture.

Kermit Warren lost his job during the COVID-19 pandemic, but he used the opportunity to turn tragedy into triumph. Mr. Warren decided to take out his life savings and invest in a tow truck for his side business hauling scrap metal.

Yet, the trip from New Orleans to Ohio with his son resulted in Mr. Warren realizing the truck he’d sought was the wrong kind. Instead of hauling scrap metal, the truck he’d found was designed for hauling heavy equipment.

Disappointed but not defeated, Mr. Warren and his son returned home with $28,180 in a pink gift bag, according to the New York Times.

Visibly nervous, Mr. Warren stammered as he tried to explain that he’d traveled to purchase a tow truck he no longer wanted. In court papers, federal prosecutors say Mr. Warren wasn’t able to give the make or model of the truck, which made the agents suspicious.

Panicking, Mr. Warren said he pulled out a badge belonging to his other son, a former New Orleans police officer, claiming he himself was a retired officer. Ultimately, DEA agents suspected him of illicit drug activity and confiscated his life savings. Then, the agents let he and his son board their flight without charging them for any crimes.

“I never knew in my whole 58 years as a man in the United States that three D.E.A. agents could take a man’s money from him that he worked for, and not had committed any kind of crime, or was arrested for doing any type of wrongdoing,” Mr. Warren said in a video released by his lawyers. “How could they just take my money from me like that?”

In a process called civil asset forfeiture, state and federal law enforcement agents are able to seize and even sell property belonging to people they suspect of being involved in drug activity. In most cases, officers don’t have to prove any wrongdoing or even press any charges. Government agents use it as a way to raise revenue despite complaints from organizations that claim it’s a violation of personal freedoms.

For innocent people seeking the return of their property, the American Civil Liberties Union notes that “legally regaining such property is notoriously difficult and expensive, with costs sometimes exceeding the value of the property.” Critics of the law have also cited a disparity in how its carried out, with lower-income and people of Color more likely to be targeted.

For instance, between 2000 and 2014, the state of Oklahoma earned more than $98 million from civil forfeiture, according to the Institute for Justice, which ranked Oklahoma with a D- for its civil forfeiture laws.

A public interest firm, the Institute for Justice represented Mr. Warren in his successful year-long effort to regain his stolen funds. The firm has also sued the D.E.A. and the Transportation Security Administration for seizing funds from travelers without probable cause.

The evidence showed “he had a legitimate purpose for his trip to Ohio and a legitimate source for the cash he had earned,” Mr. Alban said.

At the end of October, federal prosecutors agreed to return every penny of the stolen funds.

“It’s amazing,” Mr. Warren said in an interview on Saturday. “I thank God for it because without facts, you can’t have truth. I had everything in order. All my i’s were dotted. All my t’s were crossed. We didn’t do anything wrong.”

John Oliver, a comedian and political commentator, highlighted the bias inherent in civil forfeiture laws on an episode of his YouTube show Last Week with John Oliver in 2015.

“You don’t need to be charged with a crime because it’s not you that’s on trial. It’s your stuff,” Oliver said. 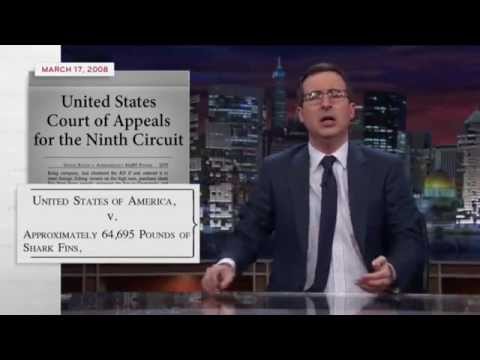 One reply on “Accused of drug activity, man wins back nearly $30,000 stolen by federal agents”