In less than 10 seconds, Locke was shot three times, still wrapped under the blankets he was asleep under on the couch. 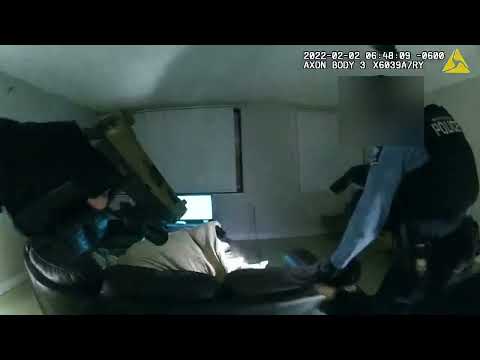 Amir Locke’s killing is eerily reminiscent of the no-knock warrant executed in Louisville that took the life of Breonna Taylor after officers fired more than 30 bullets into her apartment. None of the officers were criminally responsible for killing Taylor, even though the city paid out a $12 million settlement to her family.

Only one officer is facing charges for the raid. Former Louisville Metro Police Officer Brett Hankison is charged with three counts of wanton endangerment for the three bullets he fired that missed Taylor and entered a neighboring apartment where a pregnant woman, man, and child all occupied. Each charge carries a one to five year prison sentence if found guilty.

Locke not subject of investigation

During a press conference on Thursday interim Minneapolis Police Department chief Amelia Huffman confirmed that Locke was not named in the search warrant issued in the Saint Paul’s police homicide investigation.

“It is unclear at this time how he or if he was connected to the Saint Paul Police Department’s investigation,” Huffman said.

Amir Locke was a licensed gun owner, and was armed at the time he was shot. He had no criminal history according to the lawyers representing his family.

Huffman said Locke had pointed a loaded gun “in the direction of officers,” prompting one of the officers to shoot and kill him.

Locke was shot twice in the chest and once in the hand in under 10 seconds of officers entering the apartment. He later died at the hospital.