A former Indiana high school teacher was arrested last week after video surfaced of the 61-year-old teacher smacking a student, causing his head to slam against a wall.

The incident occurred on Friday, February 25, when the teacher chased after a student down a hallway, grabbed the student by the backpack, and slapped his face, causing the student’s head to slam against the wall.

The teacher, Michael Hosinski, then grabs the student by the arm and begins to pull the student down the hallway before the student falls to the ground holding their head.

(WARNING: Video may be disturbing to viewers.) 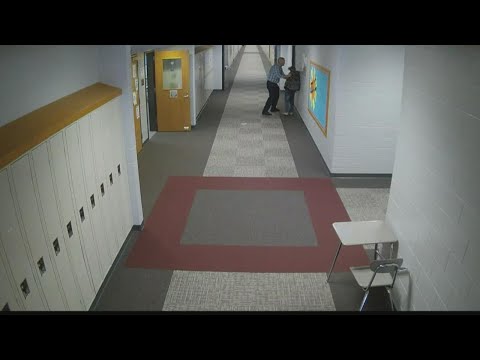 A press release from Baugo Community Schools released on the day of the incident involving the Indiana teacher claims that the confrontation centered around the student’s attire, a hoodie.

Reputation of Indiana teacher tarnished in a single act

Hosinski was a 40-year teaching veteran who was named as Jimtown High School’s Teacher of the Year in 2020. He planned to retire in June of this year according to a school board meeting, but on the day of the incident he submitted a request to the school board that his retirement be effective immediately.

A letter to Baugo families on Feb 27 verified that Hosinski was never fired for his actions. Because of an investigation by the Sheriff’s Office and the Department of Child Services, Hosinski is not allowed on school premises.

On Feb 28, the Baugo school board unanimously approved the early retirement request from Hosinski, allowing him to receive the usual retirement package which includes full benefits and a pension.

The Indiana teacher has been preliminarily charged with battery resulting in injury, which is a felony, the Elkhart County Sheriff’s Office said in a news release. The battery charge is punishable by up to one year in jail and a fine of up to $5,000, according to the prosecutor.

While the school claimed student safety as a top priority, it’s unclear if any preemptive actions have been taken to ensure the incident doesn’t occur in the future with another Indiana teacher.