A Florida deputy has resigned following an incident with a pregnant mother where the officer held her at gunpoint during a traffic stop.

The Bradford County Sheriff’s Deputy was seen on bodycam footage escalating the traffic stop with the four month pregnant mother, holding her at gunpoint before putting her in handcuffs.

The deputy, Jacob Desue, was forced to resign, according to First Coast News, for his actions during the August 12 traffic stop.

When Ebony Washington informed Desue that she was four months pregnant, the former deputy still escalated the incident. 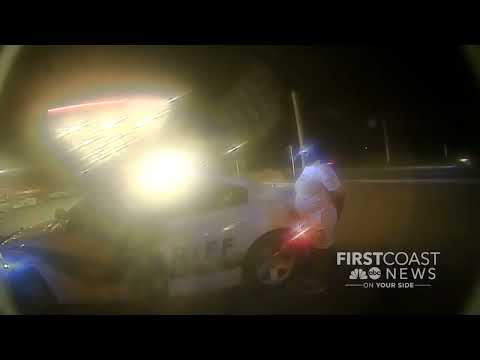 The traffic stop was initiated by Desue for speeding, but was in a poorly lit stretch of roadway. Washington turned on her hazards and proceeded to drive to a well lit convenience store, something that Bradford County Sheriff Gordon Smith said is the correct thing to do.

“She does exactly what I would tell my daughter, my wife, my neighbor, anybody else that may feel uncomfortable: You reduce your speed, you turn on your flashing lights, and be acknowledged,” Smith said.

As soon as both vehicles parked at the convenience store, Desue immediately pulled his gun on Washington and yelled “If you make a move, that’ll be the last mistake you make. Do not move.”

After instructing Washington to exit the vehicle, Desue continued to yell at the pregnant mother, seemingly threatening her.

“ I ain’t worried. I got my gun, we’re all good here,” Desue tells Washington.

Washington informs Desue that she has her seatbelt on and would need to remove it in order to step out of the vehicle.

After stepping out of the vehicle, Washington tries telling Desue why she chose to stop at the convenience store, saying she “felt uncomfortable” with her children in the vehicle. 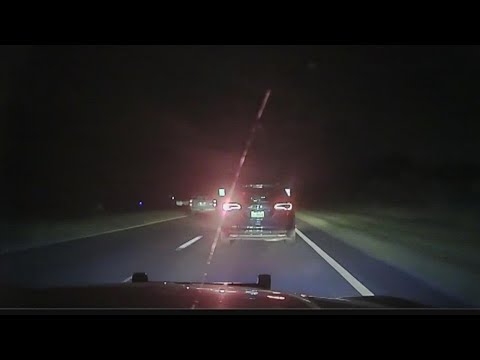 The Sheriff’s Office said that once they saw video of the traffic stop taken by Washington’s children on social media, the department reviewed the dashcam footage of the incident. This led Smith to immediately demand Desue’s resignation.

“A lot of things that should have been done weren’t done. And at the end of the day, we determined that was something that we didn’t need representing us, or protecting our community,” Smith said.