Atlanta rapper Gunna was released from jail on December 14 after he pleaded guilty to one count of conspiracy to violate the Racketeer Influenced and Corrupt Organizations (RICO) Act. Gunna, whose legal name is Sergio Kitchens, was arrested on May 9 as part of a massive gang indictment in Atlanta, GA. Kitchens was listed in the sweep with alleged Young Slime Life street gang members, including fellow rapper Young Thug.

According to Pitchfork, the rapper took an Alford plea. With this type of plea, he pleaded guilty to the one charge but maintained his innocence on that same charge. The Alford plea serves as a form of self-preservation.

Kitchens received a sentence of five years in prison, with a one-year sentence counted as time served. After taking the plea, the remaining four years were suspended. Kitchen’s sentence will be reevaluated after he completes 500 hours of community service. 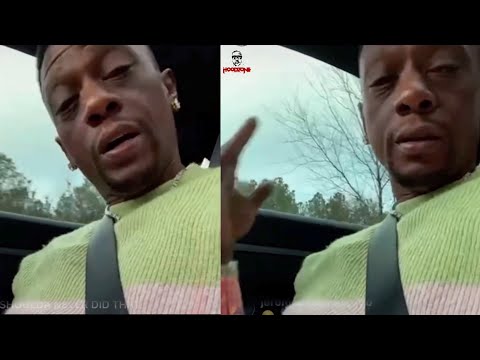 According to his defense attorney, Steve Shadow, Kitchens will spend 350 hours speaking to the youth about the dangers of gang violence, and its effect on the community.

The Atlanta Constitutional Journal reported Shadow released a statement regarding his client’s plea. “The defense team is extremely pleased that Sergio Kitchens, better known as Gunna, was able to resolve his case on such favorable terms.”

“We know Gunna looks forward to both pursuing his highly successful music career and giving back to the community in which he works and lives.”

Kitchens released a statement emphasizing that he “has not made any statements” or “agreed to testify” against any other parties in the case.

re testifying, Sadow says, “If called by any party in this case, he will testify truthfully, but he reserves his right to assert his 5th amendment privilege against self-incrimination.” pic.twitter.com/0WMJo9vTaC

With his release, Kitchens has received backlash on social media as many accused the rapper of possibly “snitching” on the other individuals included in the indictment.

Kitchens has not responded to any speculation, but his attorney took to his Instagram to set the record straight about his client supposedly breaking street code.

Young Thug remains incarcerated and is currently awaiting trial. Jury selection for the case will begin on Wednesday, January 4, 2023.

Martie serves as the Entertainment Reporter for The Black Wall Street Times. She covers numerous topics including viral social moments to the most exciting happenings in Black Hollywood. For tips or story... More by Martie Bowser