On Friday, December 15, 2017, the AAAC had its first orientation meeting. The Commissioners learned their responsibilities, powers and duties. City Councilor Vanessa Hall-Harper tearfully thanked those who helped her bring the African American Affairs Commission to fruition.

The Councilor stated, “I first want to take a few moments and acknowledge a couple of people who helped lead the effort which began well over 2 years ago in the creation of this Commission.  Margaret Love, Representative Regina Goodwin, Mike Reed, Kristi Williams, the man we simply know as Chief, Joyce Williams, School Board Representative Jennettie Marshall, Burlinda Radney, Darlene Hall, Odester Hall, Sherry Laskey and certainly there were others but these are some of the people that labored and struggled from the beginning and I would be remiss if I didn’t acknowledge them today. ”

The Councilor then gave the Commission a call to action with these words, “This commission MUST be PROGRESSIVE AND UNAPOLOGETIC in this struggle. We can’t tackle our issues without being progressive. It is important for me to say that if anyone has a fear of publicly advocating unapologetically for African Americans then this may not be the commission for you. If you are worried about what your place of employment may say or do because you are advocating for African Americans, this may not be the commission for you. I’m going to be honest with you. The African American Affairs Commission would not be in existence today if it wasn’t for the people who bravely protested for over two years in the cold, rain and the heat of summer…and please understand this…if we had to fight that much to get it; we will have to fight as much if not more to be successful. ”

Hall-Harper mentioned the book, “The Covenant with Black America” written by Tavis Smiley. The Councilor suggested that the Commissioners should read the book as it lays the groundwork that the Greater Tulsa African American Affairs Commission will be focusing on.

The African American Affair Commission will meet starting at 6 PM on the second Tuesday of each month at City Hall. African American citizens throughout Tulsa are highly encouraged to attend.

Here is a video that City Councilor Vanessa Hall-Harper sent to her constituents. 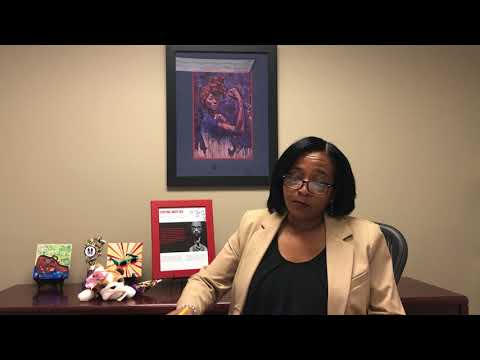 There are 21 members on the Tulsa’s African American Affairs Commission.