TULSA MASS GRAVES INVESTIGATED — A rusted temporary grave maker is among many planted in the area of the Booker T. Washington Memorial Gardens Cemetery now known today as Rolling Oaks Cemetery. A new subdivision Villages at Ashton Creek is just a stone throw from the forgotten graveyard.

South Tulsa Tales From The Crypt

(Editor’s note)  The South Tulsa Tales From The Crypt is a multi part investigative series created in 2004, written by Photojournalist J. Kavin Ross, and is an excerpt from the manuscript, Redbirds on Greenwood.

Tulsa’s centennial commemoration of the Tulsa pogrom of 1921 is quickly approaching. Yet the mystery, concerning what happened to those Black Tulsans killed during the that peculiar ‘red summer’ of 1921, is still just that — a mystery.

Since the destruction of the Greenwood community, the survivors never fully recovered  and were never compensated for the atrocities, seemingly caused by Tulsa’s deputized mob.

Last month, a reporter from the Washington Post traveled to Tulsa in search of the truth about life in the historic Greenwood District before, during, and after the Black Wall Street Massacre. DeNeen Brown, a resident of Washington D.C., stayed in Tulsa for a few days to talk and visit with Tulsans to see just what makes T-Town tick. Ms. Brown returned to the nation’s capital with her discoveries and stories of the victim’s descendants who had lost lives and property during that monstrous and human-made disaster. The internationally recognized publication has provoked thoughts and discussions, both genuine and evil-natured, among Tulsans surrounding those hidden pages in Tulsa’s darkest chapter of American history.

BLACK WALL STREET MASSACRE — Between May 31 and June 1, 1921 Tulsa’s Black community was destroyed by white mob destroyed forty block of the famed Negro Wall Street of America. Hundreds of homes and businesses destroyed, Thousands of lives were forever affected and untold number of Tulsans was killed.

At the end of September, the Washington Post article “They Were Killing Black People: A Century-old race massacre” appeared on the internet and newsstands across the country. An immediate reaction from the Tulsa community was felt and expressed. The main questions asked were: Why and who stopped the active Tulsa Race Riot Commission investigation of the mass graves in the late 1990s?

According to the 2001 published commission report: Mass graves of bodies from the Greenwood carnage were buried hastily throughout Tulsa and surrounding areas.

In response to the article, Tulsa’s mayor, G. T. Bynum publicly announced that he will call for an investigation of the known areas of mass graves from the Black Wall Street Massacre as outlined by the Tulsa Race Riot Commission Report.

“I did not intend to make this public until we had that plan in place,” stated Tulsa Mayor, G.T. Bynum. “But at a North Tulsa community meeting today, I was asked by a pastor [Dr. Robert Turner of the historic Vernon A.M.E. Church] if I would be willing to initiate this investigation of the alleged unmarked graves. I felt the need to be upfront with him about the work we have done and are doing,” stated Mayor Bynum on his social media page, in reference to the Washington Post article.

In the early 2000s, Henderson, McIntyre, along with former Tulsa Mayor Bill LaFortune, visited the site south of the Booker T. Washington cemetery when graves were disturbed by a real estate developers.

In the aftermath, of this so-called riot, residents of Greenwood were herded into internment camps around the city. Tulsa County Fairgrounds, McNulty Baseball Park (located where the downtown Home Depot now stands), and Convention Hall, known today as The Brady Theater, controversially named after one of the architects of the 1921 Tulsa Massacre, Tate Brady.

TULSA MUNICIPAL CONVENTION HALL — During the Tulsa Race Riot of 1921, this building was used as an internment camp for the survivors of that ill-fated day of May 31st June 1st. The negro citizens were held here until a white Tulsan called for their release. Other internment camps were McNulty Park, located where Home Depot downtown is located today. The Tulsa County Fair Grounds was another area where coloreds where held as their beloved Greenwood was burned to the ground.

Martial Law was declared while the Greenwood residents were held captive in the camps.

Funerals for Black Tulsans were banned, as some White Tulsans quickly disposed of the black dead bodies in mass graves throughout the city.

City ordinances were created to force the Black survivors further to the north and east of the city. Many Blacks fled Tulsa, vowing never to return again. Numerous reports circulated in Tulsa for years of bodies stacked on the back of pickup trucks like cordwood. There are even narratives that Black bodies were taken to various locations around the city and dumped into pits and some thrown into the Arkansas River. Although there are other known locations, The Riot Commission Report outlines three areas of focus: Newblock Park, Oak Lawn Cemetery, and Booker T. Washington Memorial Gardens.

“Councilor Henderson and I turned our findings over to the City Administration, but nothing ever came of it. I promised myself that if I ever became mayor and had the authority to direct further examination, I would. Now, I am,” the mayor declared.

In recent months, his staff has discussed a path forward with excavation experts.

“We are meeting with Councilor Vanessa Hall-Harper and others in the weeks ahead to solidify the plan and timelines,” Bynum continued.

Hall-Harper and Tulsa African American Affairs Commission Vice Chair Kristi Williams were featured in the late September Washington Post story. Newblock Park, located west of downtown on Charles Page Boulevard, was suspected early on as its proximity to the Arkansas River. The park was named after, then Tulsa Mayor, H.F. Newblock, who in 1921 campaigned against Mayor T.D. Evans. Evans was criticized for his mishandling of the massacre aftermath. Just a short time in office, the park was named after Newblock. His name and position also appear on the rolls of the Tulsa chapter of the Ku Klux Klan.

Oak Lawn Cemetery located on South Peoria Ave, and 11th Street, aka the famed Route 66. White Tulsan Clyde Eddy recalled his visit to Oaklawn as an young lad in 1921. Eddy along with his friend witnessed large crates with three to four black men scattered throughout the cemetery. Officially there are only two marked graves of the victims from the massacre. Mayor Bynum stated that when he was a city counselor he and other city officials attempted to search for the mass graves. But no other follow-up was provided by the city at that time.

Booker T. Washington Memorial Gardens, located between Harvard and Yale on 91st Street was highly suspected as the burial site of the mass graves. In 2004, an investigative report by The Oklahoma Eagle was published as developers of a business park and subdivision, disturbed known graves in a heavily wooded area just south of the Booker T Washington Memorial Gardens, now known as Rolling Oaks Cemetery.

1. Use modern technology in a minimally invasive way to determine if there are unmarked graves at each of the three sites in question.
2. If there are unmarked graves, determine their nature – are the bodies victims of violence consistent with the massacre or do they appear to be the remains of people who died from natural causes?
3. If there are bodies that appear to be 1921 Race Massacre victims, do whatever forensic examination is possible to determine their identities and causes of death.

“We do not begin this process with a certain outcome. We may not find any mass graves or we may. Tulsans are compassionate and supportive toward victims of violent crime — and that standard should apply whether they are victims in 2018 or 1921. All Tulsans deserve to know what happened in 1921 — especially the descendants of victims. This is a matter of basic human decency. While we are doing this work, I am incredibly thankful for all the volunteers whose research and commitment over decades have put us in a position to finally act. The only way to move forward in our work to bring about reconciliation in Tulsa is by seeking the truth honestly,” Bynum stated.

In 1996 during the 75th commemoration of the Tulsa Race ‘Riot’, Mayor Susan Savage was the first public official to ever acknowledge occurrence of the tragic event.

No other mayor since 1921 dealt this awful deed. No doubt that there will be those usual suspects of closed minds from yesteryear, who will condemn Bynum’s executive order. However, for today’s Tulsans, this is an answered prayer for this day to come to pass.

Former South African Archbishop Desmond Tutu made this statement during his visit to Oklahoma, “Tulsa is sitting on a powder keg because it refuses to deal with its past; you all keep sweeping it under a rug. But if Tulsa could work together on race relation issues through reconciliation, Tulsa can become a jewel to the world,” Tutu affirmed. 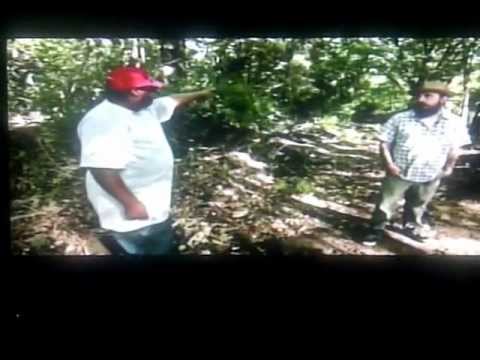 J. Kevin Ross is a contributing writer for the Black Wall Street Times and the Founder and Editor of the Greenwood Tribune. James Kavin Ross is a connoisseur of all things Black Wall Street of America.  Since his return from Houston, Texas, now over two decades, Ross hit the ground running in the quest of researching the hidden and untapped history of  Tulsans of the Greenwood community. Inspired by the works of Dr. John Hope Franklin, a native Tulsan and world-renowned author and historian, Ross was lead on the path in search of the history of Black Wall Street of America. Researching the history and culture of his hometown is just one of his many passions.