“Greenwood Avenue: A virtual reality experience” was created by, Hollywood cinematographer, Ayana Baraka. Her genius masterpiece arrives timely, as Tulsa is expected to see an influx of tourists in the Greenwood area with the 1921 Centennial just around the corner.

Baraka’s virtual creation is centered around a 14-year-old black girl named Agnes, played by Heaven-Leigh Pettis ,who lives in the Greenwood District of Tulsa, Oklahoma, during the early 1920s.

Jim Crow segregation was the law of the land.

The five-part miniseries beautifully unveils the history of the Black Wall Street in all its splendor and glory, then takes the viewer through the horrifying destruction of this once prosperous black township.

Although, Baraka’s narrative of Agnus is fictional, the town and the event, her fictional character experiences, is based on the non-fictional story of the Black Wall Street and the 1921 Tulsa Race Massacre that ended in the slaughterings and lynchings of over 300 black Americans and the destruction of their glorious township, charred and left in ruins amid white envy of their black wealth.

Tulsa’s race massacre lasted for two days and was seemingly sparked by an alleged assault of a white woman. Dick Rowland, a black teenager and shoe shinner from the north and black side of the Frisco railroad tracks was accused of assaulting Sara Page.

The late Dr. Olivia J. Hooker, who was alive during the time of the massacre, helped to develop and critique the script for the series, which was filmed on the actual location of the massacre — on Greenwood Avenue and the Mabel B. Little Heritage House.

The Greenwood Cultural Center, 1921 Tulsa Race Massacre Centennial Commission, and John Hope Franklin Center for Reconciliation supported the film by hiring local residents. Some of the actors in the movie are the direct descendants of those who experienced the tragedy of the racial terror that unfolded in Tulsa on May 31 through June 1, 1921.

“Even though we only had Irma P. Hall on set with us for one day she made a lasting impression with both her talent and sweet spirit,” Baraka said.

The virtual tour dates for the “Greenwood Avenue: A Virtual Reality Experience” have yet to be released, but we will keep you informed as soon as we receive information on this amazing project. 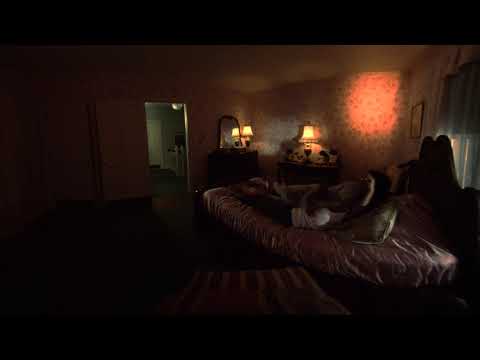