Alelia Murphy celebrates her final birthday with family and friends in the Harlem neighborhood of New York City, NY on July 6, 2019.

Alelia Murphy was blessed enough in her life that she earned the title American supercentenarian, living to the ripe old age of 114 years, 140 days, making her one of the oldest US citizens ever to live.

Murphy crossed into the ancestral plane on Saturday, November 23, 2019, in the Harlem neighborhood of New York City, New York.

Citizens or residents living in the U.S. who are lucky enough to surpass 110 years of age receive the title.

Murphy, 1 of 12 siblings, was born on July 6 in 1905 in South Carolina, 42 years after President Abraham Lincoln signed the Emancipation Proclamation and closed the chapter of institutional chattel slavery in America; she was only two generations removed from enslavement.

Murphy was born during the Jim Crow era and lived through World War I, the Harlem Renaissance, the Great Depression, World War II, the Civil Rights Movement to the internet age.

This granddaughter of enslaved people lived to see her ancestors’ greatest dream actualized: Besides living an emancipatory life, she voted and bore witness to the election and swearing-in of the U.S.’s first African American president — Barrack Obama.

During her life, Murphy worked as a seamstress, married, and bore two children. She lost her husband in 1953. 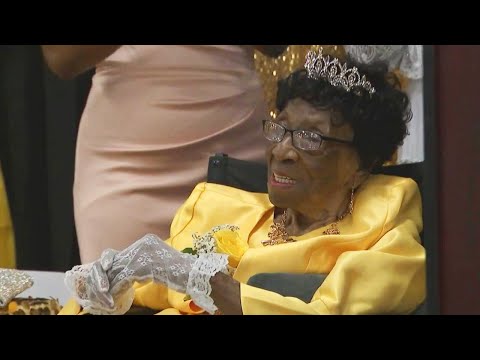 On her final birthday, July 6, 2019, in true queen fashion, Murphy’s adopted community of Harlem announced that July 6 would be known as “Alelia Murphy Appreciation Day.” She and her family received the declaration from New York State Senator Brian Benjamin.

The Gerontology Research Group (GRG) — a group of researchers who keep track of the oldest people in the world — confirmed that Murphy was the oldest living American before her passing.

When interviewers asked Murphy: “What was the secret to living such a long life?” Murphy responded, “Trust in God and be a good person.”

Hester Ford, also African American and coincidentally born in South Carolina, too, is now the oldest living American at a blessed 114-years, 106 days.