Using the power of music to honor the past and blaze a trail for the future, artists behind the innovative “Fire in Little Africa” (FILA) album hope to bring stories of Greenwood’s tragedy and triumph to the GRAMMY Awards show.

In 2020, 99 years after a jealous White mob burned and massacred the wealthiest Black business district in the United States, artists from across Oklahoma, including descendants of survivors and victims of the 1921 Tulsa Race Massacre, came together in a former Klan leader’s mansion to produce the iconic 21-track album in commemoration.

Igniting Tulsa’s 2021 Juneteenth festival with poetic, visceral rhymes that effortlessly cascade across soul-stirring beats, the album rose to No. 6 on the iTunes Charts this summer. Now, artists are calling on supporters to help take the album to the 64th Grammy Awards on January 31, 2021.

“Tulsa I feel like we deserve a Grammy Nod for at least 1 of these. What you think?” Steph Simon recently posted on Facebook. He asked fans to select the album, as well as songs and artists from the album, for several categories as nominations for the 64th GRAMMY Awards open on November 23.

Beyond lighting up the airwaves and social media with hip hop collaborations that tell the story of Greenwood’s unparalleled success, artists from FILA have succeeded in creating an educational curriculum that blends their music with historical facts about the triumphant community.

Moreover, artists participated in a community discussion during the 100 Year Centennial of the 1921 Tulsa Race Massacre. At the discussion, artist, educator and producer Stevie Dr. View Johnson explained the process that went into the collaboration.

“It’s evolved into a movement. It’s a situation where 60 artists, creators, graphic designers, poets, musicians, rappers, and stage hands all just came together,” Dr. View said. “Hip-hop is one of the most grimy types of genres of music we have. Lots of egos. So the fact that we have individuals like ‘yo, let’s put our ego aside and come together’” was something Dr. View said he didn’t expect.

Bringing dozens of artists together for a movement in Oklahoma even caught the attention of Motown Records, which released the album under its label. Adding to the album’s finesse, legendary artist Charlie Wilson, a former lead singer of the GAP Band (“You dropped a bomb on me”), has also collaborated with artists on several tracks of the album. Wilson himself hails from the Greenwood streets, for which his group was named (GAP: Greenwood, Archer and Pine).

Now, artists are hoping fans will help give Oklahoma a spotlight at next year’s 64th GRAMMY Awards show by nominating “Fire in Little Africa”.

“It’s the solution for Black America. The tone of the album is like a manual for Black America.” rapper Dialtone said at this summer’s community discussion. He said that’s not something he feels has ever been done in hip-hop before FILA. 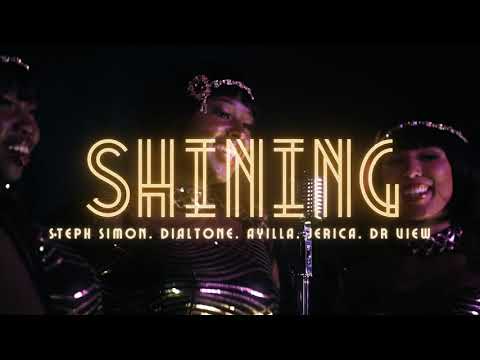