Today, one strip along Greenwood and Archer is all that remains of the former Black Wall Street district, which stretched across 35 square blocks. Leaders for the commission that was created to commemorate the 100-Year anniversary of the 1921 Tulsa Race Massacre finished their final project. They unveiled the first of four landmarks illustrating the immense legacy of the historic neighborhood.

Nearly 12,000 Black residents once populated the area of Greenwood with dozens of Black-owned businesses and homes before a White mob invaded the community, burning, bombing, looting and killing. Upwards of 300 Black residents were massacred, according to historians.

As the Greenwood community enters a new generation of revitalization and resurgence, city leaders hope to aid in lifting Black Wall Street up beyond one remaining strip.

Honoring the Freedmen allotments, land on which Greenwood sits

Phil Armstrong is the interim director for the Greenwood Rising Black Wall Street History Center, which opened earlier this year. He’s also the former project director for the 1921 Tulsa Race Massacre Centennial Commission. He opened Friday’s unveiling with a speech that honored the history of the land, which belonged to Black people who were formerly enslaved by Indigenous Tribes.

“I want to first of all recognize the history of the freedmen allotments, not only for the Cherokee freedmen, the Muscogee Creek Freedmen, which Greenwood Rising stands upon. We want to recognize and give tribute to that history,” Armstrong said.

The first of four markers stands at the corner of Archer and MLK Boulevard, across the street from the original southwestern boundary of Historic Greenwood District.

City leaders at Friday’s unveiling said they hope the markers stand as a reminder of the community’s rich history and promising future. Leaders also expressed hope that the landmark would inspire even more tourism in the area after the summer’s centennial events.

Cassia Carr is the first Black deputy mayor in Tulsa’s history. In an interview with The Black Wall Street Times, she expressed hope that the markers would remind people of more than just the massacre, but rather the legacy of the wealthiest Black business district in the history of the United States.

“But Tulsa is the only place that had Black Wall Street, where Black people could be dentists and doctors and they didn’t have to go outside the community,” Deputy Mayor Cassia Carr told TheBWSTimes just after the new marker was installed designating Greenwood’s historic SW boundary.

“And that’s why it’s so important to really show everyone how large it was so we can continue to get that money flowing through here and that’s really going to pay tribute to what we had,” Carr added.

Carr noted how national media attention has left the nation even as the community continues to seek recognition and justice for the 100-year-old crime.

“I feared that it would happen. But I think that things like these can maybe help turn that around. And also, in my mind, provide opportunities to come down here and rebuild and bring money.”

Youth also took center stage at Friday’s unveiling, with a high school representative from the Centennial Commission’s youth and race leadership forum speaking about the importance of memorializing the community.

Komari Crisp is a junior at Booker T. Washington High school and the daughter of Kuma Roberts, a Centennial Commission member.

“Before there was OneOK Field and before the Arts District there was Greenwood. People don’t realize how large it was and how expansive it was and the millions of dollars that were put into it and the resilience that people put in behind it, the support and the hope that they had in it,” Crisp told TheBWSTimes.

It’s inspired her to shout from the rooftops. “I am aggressive when it comes to this. It’s important I want people to know.” Crisp added.

Meanwhile, for descendants and survivors of the Tulsa Race Massacre, a museum and landmarks will never take the place of direct compensation and restitution. Earlier this summer, the Centennial Commission became mired in controversy after it became known that $30 million dollars in funding would go toward building the Greenwood Rising History Center rather than going directly to descendants.

Even as Tulsa City Council passed a resolution in June apologizing for the Massacre and committing to studying plans for repair, many wondered why city and state leaders didn’t simply follow the recommendations for reparations listed in the state’s 2001 report on the Massacre.

Two decades ago, The Oklahoma Commission to Study the Tulsa Race Riot of 1921 released a report, which recommended a scholarship program and direct compensation, among other things, as restitution for survivors and descendants. So far, neither state or city officials have officially moved forward on these recommendations. All of the funding for efforts related to commemorating the centennial have come from private donors.

Meanwhile, Tulsa Mayor G.T. Bynum has continuously stated he doesn’t believe reparations should take the form of direct compensation if it comes out of taxpayer dollars even though his own family has a legacy of enslaving human beings. 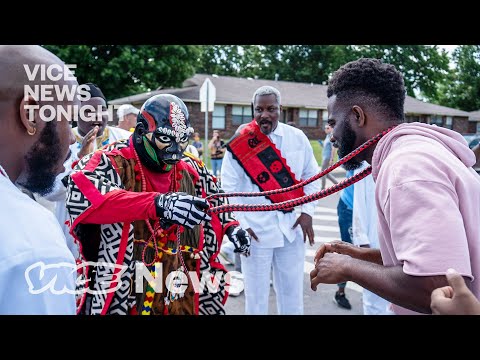 While the city has vocally supported calls for justice in front of news cameras, they are quietly attempting to dismiss a lawsuit aimed at getting justice for the last three living survivors of the Massacre.

Attorney Solomon-Simmons has filed a reparations lawsuit against the city of Tulsa, Tulsa County, the state, and other entities, seeking an “abatement of the public nuisance” caused by the Massacre and officials who either participated or allowed it to proceed. City attorneys filed a motion to dismiss the lawsuit, and it currently sits in district court, awaiting the decision of a judge.

For his part, Greenwood Rising interim director Phil Armstrong acknowledged that a museum and landmarks will never take the place of reparations for the community. In an interview with The Black Wall Street Times, he said he understands the commission has made mistakes but hopes residents see their actions for what they’re worth, drawing attention to the rich history and providing a platform for people to use as evidence of the need for reparations.

“We stand with the community. You’re right, museums are not the final answer. These are not full reparations,” Armstrong said.

“They’re part of reparations. They’re a part of the repair because education is repair. Making people aware of what happened is repair. But the final piece is funding dollars so that there’s a revitalization of Black businesses, Black homes and a repair of those who were directly harmed. All of this brings attention to that.”