As hip-hop took over this years’ super bowl halftime show, Dr. Dre’s violent past continues to get swept under the rug as those online speak out about accountability in the industry and society.

In 1991, Dr. Dre punched journalist Dee Barnes repeatedly, and then threw her through a bathroom door before throwing her down a flight of stairs.  Ms. Barnes sued Dre and the case was later settled out of court. Dre responded at the time in a Rolling Stone interview stating, “I just did it, you know. Ain’t nothing you can do now by talking about it. Besides, it ain’t no big deal – I just threw her through a door.” 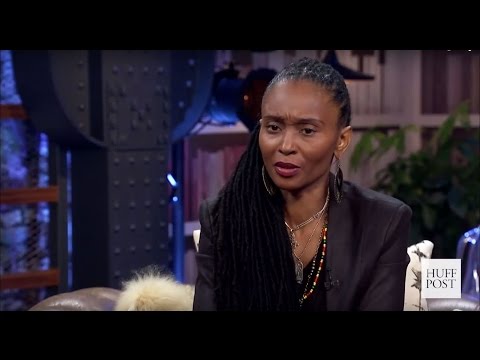 Since that incident, Ms. Barnes sat down in an interview detailing how she was “blacklisted” from the industry. She shared that she lost her career and safety for speaking about the extreme violence she faced at the hands of Dre. On the contrary, Dre has only moved forward in his career.  He’s praised as one of the most accomplished producers in American history, gaining seven grammies.

Social media lit up Sunday night, as millions tuned in and watched hip-hop’s most loved artists gather to celebrate West Coast culture and honor Dre’s influence on the music industry. As fans sang along to classics, many online remembered the women who have spoke out about the abuse at the hands of Dre.

Ms. Barnes went on record in 2017 stating that she “still gets ‘severe migraines on the same side of her head” 25 years later.  Michel’le, 90’s singer and ex girlfriend of the producer, also detailed the severe abuse she survived in a biopic “Surviving Compton: Dre, Suge & Michel’le’.

According to the National Domestic Violence Hotline, intimate partner violence alone affects more than 12 million people every year, with 4 in 5 of those victims being female. Less than 2% of domestic violence offenders ever receive jail time.

Dre has gone on record to say that he has a “dark cloud that follows me” admitting that it will probably “always follow me and is a major blemish on who I am as a man”.