On February 17, WNBA star Brittney Griner was arrested at Moscow’s Sheremetyevo International Airport after less than one gram of cannabis oil was found in her luggage. A new report revealed that the prison where Griner resides is severely inhumane.

According to CNN, Griner will remain at the IK-2 penal colony after losing her appeal. There, her experience consists of “tedious manual work, poor hygiene and lack of access to medical care.” Inmates in this facility are also expected to sew the uniforms for police and guards throughout 16-hour work days.

“Our prison system was never reformed,” said “Nadya” Tolokonnikova, a member of the Russian punk band and activist group Pussy Riot and one of Griner’s fiercest advocates.

AZ Central reports in March 2012, “Nadya” was arrested with other members of her band after protesting 40 seconds against Vladimir Putin’s Russia at Moscow’s Cathedral of Christ the Savior. She was sentenced to two years in prison. 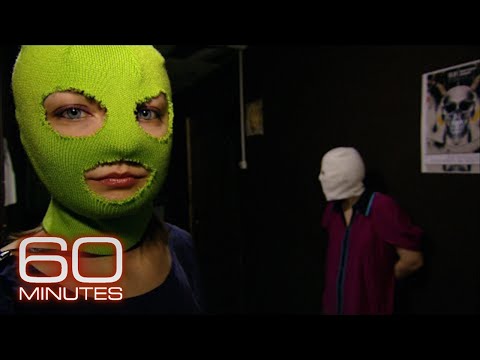 “There was no period after gulag time,” she told the Oxford Union Society. There was talk of reforming Russian prisons, but “they never did it. That’s why we still live in barracks. Still live like slaves. One hundred women are sharing three toilets, and you can imagine what kind of mayhem (that causes) in the morning. It’s no fun.”

President Biden, along with Elizabeth Rood, deputy chief of mission at the U.S. Embassy in Moscow, acknowledges Griner’s arrest as a “miscarriage of justice,” as Rood said. However, even after an attempt to do a prisoner swap, there has been little success.

When Pussy Riot learned where Griner was headed, it tweeted out to its 243,000 followers, “Brittney Griner was transported to IK-2 Mordovia, the WORST penal colony in Russia.”

Brittney Griner was transported to IK-2 Mordovia, the WORST penal colony in Russia.

– 16 hours work days
– prisoners sew uniforms for the Russian army and police & getting injured bc of the outdated equipment
– beatings x torture are common
– medical care practically not exist pic.twitter.com/GvXjAOFPAf

Jan Strzelecki, writing in 2019 for The Centre for Eastern Studies, noted that “most Russian penal colonies and prisons were built back in Stalinist times. Despite several attempts to reform the prison system in Russia, they still resemble the Soviet Gulag: human rights violations and torture are common.”

“Nadya” Tolokonnikova told MSNBC, “I’m terrified that Brittney Griner was moved to IK-2. … I was protesting terrible conditions in my penal colony, but I know (about) every chief official who works at IK-2 and I know exactly what human rights abuses they perform on a daily basis and the kinds of tortures that they use against prisoners.”

Brittney Griner has been incarcerated in Russia for 287 days.

For a detailed look at the wide-spanning atrocities occurring inside Russian prisons, visit AZ Central.