Comedian Mark Curry posted a lengthy Instagram video on Saturday alleging a hotel he stayed at in Colorado Springs racially profiled him.

Shortly after posting the video of the mistreatment, he was supported by lifelong fans and even co-stars.

Sending love out to my costar and friend @MARKCURRY… just finding out about this awful profiling harassment he was subjected to in Colorado Springs. I hope the Hotel has apologized to him at least?????????? UNACCEPTABLE ?
Have a call in Mark to get an update…This is us in June… pic.twitter.com/nSQVx7RWtO

According to Curry, 61, the alleged incident occurred at The Mining Exchange, a Wyndham Grand Hotel & Spa, in Colorado Springs, Colorado. In his social media video, Curry claims he was sitting in the lobby drinking coffee when an employee who said they were with security asked him if he was a guest.

Curry said he declined to answer, but the man did not leave him alone.

“Let’s go look at your status of whether or not you’re staying at the hotel,” the man said.

“But there’s a lot of white people that’s sitting out there,” Curry responded. “Let’s go ask them.”

Mark Curry was at The Mining Exchange in downtown COS and apparently they harassed him in the lobby. Bro was here putting on a show literally a block away. Mind you, the lobby is a bar and they advertise it as such. pic.twitter.com/gY7jfmQzDj

Curry later identified the White employee who harassed him in the lobby as John Cramm, the “establishment’s certified director of engineering and security,” according to the Independent.

In his Instagram message, the comedian encouraged people to call the hotel and complain about Cramm and his racism. As a result of the wrongdoing and Curry’s sustained popularity, employees at The Mining Exchange did not answer multiple calls or immediately return emails on on Monday morning.

Representatives of Wyndham Hotels also did not respond to requests for comment. Callers were unable to leave voicemails as every available inbox on the menu was full, and calls to the hotel’s reservation line looped back on itself.

We appreciate your concerns. The hotel’s owner and management team are working to make this right. Room is being refunded and Mr. Curry has an open invitation to return any time in the future at no cost. Hotel is also revisiting staff training to ensure all feel welcome.

Curry said he has yet to receive a personal or formal apology from the Mining Exchange Hotel in downtown Colorado Springs, Colorado, despite a public statement issued by the Wyndham Grand Hotel property.

“Man, a Black man can’t go nowhere. A Black man can’t go nowhere in America,” Curry said in the video. “I want everybody to call this hotel … He was so upset. I did not know what his problem was. He did not want me in that lobby. They walked up to me in the lobby and said, ‘This lobby is private’ … what? And they stopped me … I want you guys to give this motherf— place a call and let them know what you think of them stopping Mark Curry.” 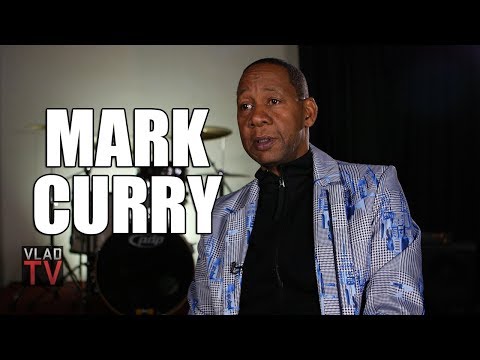 On Tuesday, the Mining Exchange Hotel said the employees involved in the incident had been suspended pending further investigation. The hotel also offered to compensate him for the stay and said it would retrain staff following the incident.

According to the Gazette Extra, Curry and his attorney are demanding that a zero-tolerance policy against racial profiling be instituted at a Colorodo hotel where the TV star stayed briefly last week.

It is unclear whether the comedian plans to take any legal action at this time.