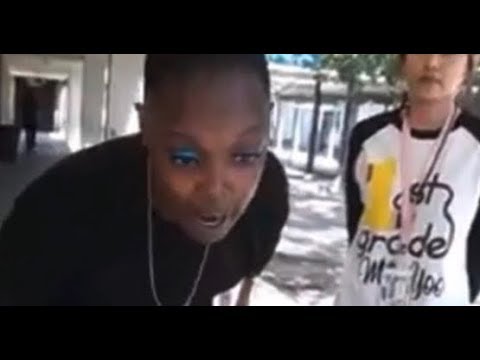 Publishers Note: An African American mother in Beaumont, Texas, recently had all of her children removed from her home after a video surfaced on social media showing her beating her son at an elementary. Three other adults witnessed the incident but did not intervene. In the video the mother could be heard shouting expletives in her son’s face. The local school board and district attorney are investigating the incident.

A 2015 Pew Research survey found that black parents are more than twice as likely as white and Latino parents to use corporal punishment on a regular basis, and they are far less likely to never spank their children. But while hitting children is prevalent in black communities, contrary to popular belief, it is not an intrinsic cultural tradition. Black parents have legitimate fears about the safety of their children, and the overwhelming majority believe physical discipline is necessary to keep black children out of the streets, out of prison or out of police officers’ sight. And far too many parents argue that “whupping” children is a distinctly black tradition. This belief, however heartfelt, is wrong.

Black children are more likely to be assaulted, seriously injured or killed by a family member than by the police or a neighborhood watchman. Yearly statistics consistently show that black children are mistreated and killed at significantly higher rates than white and Latino children (e.g., DHHS, 2016). Ample scientific evidence demonstrates the long-term damage resulting from physical punishment (e.g., Coley, Kull & Carrano, 2014), even without marks or other serious physical injuries.

Black parents who hit their children not only risk drawing the attention of child protective services, who are overrepresented in communities of color, but also having their children placed in foster care, which is a pipeline to the juvenile justice system and similar adverse paths that disproportionately impact black youth. Indeed, black children stay in foster care longer and often don’t receive adequate therapeutic services (Fluke et al., 2011).

The goal for black parents to protect, care for and love black children should not inadvertently facilitate the flow of our young people through racist systems, but rather support healthy development and success later in life.

Experts in child development and parenting practices affirm no solid science suggests that hitting children, to any extent and regardless of race or ethnic background, is beneficial for them or society. While many black parents hit to keep their kids from “turning out bad,” it is clearly not working because black children disproportionately suffer negative outcomes in educational achievement, juvenile arrests and foster care placements. This type of family violence might actually be contributing to the negative outcomes that parents and caretakers were seeking to avoid.

African-Americans adopted the practice of beating children from white slave masters (Patton, 2017). Europeans brutalized their own children for thousands of years prior to crossing the Atlantic to the New World and colonizing Africa. Historians and anthropologists have found no evidence that ritualistic forms of physical discipline of children existed in precolonial West African societies prior to the Atlantic slave trade. West African societies held children in a much higher regard than slave societies in the Atlantic world, which placed emphasis on black bodies as property, not as human beings. West Africans believed that children came from the afterlife, that they were gods or reincarnated ancestors who led profoundly spiritual lives and held extraordinary mystical powers that could be harnessed through ritual practice for the good of the community. In fact, it was believed that coercion and hitting a child could scare off their soul. Indigenous people of North America held similar beliefs. As colonization, slavery and genocidal violence made life harsher for these groups, parenting practices also grew harsher.

“Whupping” children is not a cultural practice that Africans brought with them to this continent. Historians estimate that about 12.5 million Africans were shipped to the New World before 1865, and about one-quarter of the captives who crossed the Atlantic were children, defined as anyone shorter than four feet four inches. The average age of captives was between 15 and 20 years at the beginning of the 19th century, but dropped to between nine and twelve when abolition of the slave trade was imminent (see Diptee, 2006; Lovejoy, 2006; Vasconcellos, 2016 for historical discussion).

The fact that the majority of captives were young is significant for our understanding of the evolution of African-American childrearing practices. Bringing over mostly youth — coupled with the violent suppression of West African cultural practices — meant that traditional African child-rearing practices faded the same way African languages and religious practices ultimately did. Had the slaves who crossed the Atlantic been mostly adults from the same tribes and nationalities, spoken the same languages, shared the same blueprint for child-rearing that was practiced in the societies where they were enslaved, and been given freedom to rear their children without interference from whites, then maybe traditional African child-rearing practices could have been preserved. But none of those conditions prevailed. Consequently, to argue that “whupping” children was a tradition brought over from Africa, or that it is a culturally consistent practice today, is simply false.

Once in America, slaves as parents were under tremendous pressure to shape their children into docile field workers and to teach them proper deference and demeanor in front of whites. Child deaths, brutal whippings and torture, sexual abuse and being sold away from their relative for the rest of their lives were constant features of plantation life.

After slaves were emancipated in 1865, yet still not free, the rules of racial etiquette and the ritualistic beatings continued as a new kind of coercive southern labor system emerged that depended on black child workers. Once again, whites co-opted black parenting to make sure it performed the same kind of function in freedom that it had during slavery. With sanctioning from the black church, black parents enacted the master’s lash to instill obedience.

Their reasoning was simple: Prepare black children to deal with the chronic stresses they would face to keep them alive. If black people had the luxury of 20 or 30 years after slavery — able to parent without fear of lynch mobs, indiscriminate police violence and unyielding racist discrimination — then perhaps the practice of “whupping” might have become less widespread. But when you belong to a group of people who are in constant fear of their lives and those of their children, then it is understandable how that trauma can cause parents to interpret cruelty as love, protection and responsible parenting even when proven counterintuitive.

So the use of corporal punishment in black communities today is a byproduct of centuries of slavery, the racial terrorism of the Jim Crow era, and exposure to racism that continues to chip away at the vitality of black life. Black parents have been encouraged to be part of the dehumanization process of their black children since before America’s founding.

Therapists should become conversant on how racial trauma, poverty, chronic stress and internalized racism have left children of color vulnerable to family violence. We cannot have discussions about corporal punishment in black communities without talking about history.

Cultural competency means that professionals develop the ability to translate and communicate the intersections between historical trauma and the research on child development, the effects of physical discipline on the developing brain, and the connections between family violence and racial disparities in education, foster care and juvenile justice — all while offering healthier parenting practice alternatives to diverse families. Cultural competency should not be interpreted to mean colluding with families to rely on tactics that decades of research have proven harmful. Professionals should not presume that families of color are so invested in corporal punishment that they are incapable of learning and integrating healthier alternatives into their parenting toolkit. Cultural competency demands advancing the field and informing practitioners about the historical and contemporary racial realities of this country.

Psychologists can shift the public discourse around corporal punishment to set a standard of care based on solid evidence that gets translated and communicated effectively to the diverse communities in dire need of healthier parenting practices. The risk to children is far greater and more important than the fear of alienating parents who often use cultural tradition to defend hitting. Instead of blaming and stigmatizing black parents, professionals can offer information about why the practice is harmful but have been told it is necessary, and offer healthier alternatives that produce better outcomes for children, families and communities. Such an approach will support black parents’ own parenting goals as they strive for the security and welfare of their children.

Stacey Patton, PhD, is an award-winning child advocate, journalist, assistant professor of multimedia journalism at Morgan State University and author of “Spare the Kids: Why Whupping Children Won’t Save Black America.” She completed her doctoral training in African-American history at Rutgers University.

One reply on “Corporal punishment in Black communities: Not an intrinsic cultural tradition but racial trauma”