Mexican authorities last month requested that the American government extradite one of its citizens to face charges in the mysterious death of Shanquella Robinson in Cabo. Her family has sought justice from the onset of her death, however, little details have emerged since the case became public knowledge in late October.

Robinson’s mother stated everyone in Cabo gave conflicting details regarding each of their roles in what occurred. Nine days after laying her body to rest, the family continues to seek closure. Her father, Bernard, reiterated, “I want the truth.”

Experts say the US may have no choice but to comply with Mexico, and that while the extradition of an American citizen from the United States is a rare occurrence, it is not unheard of.

MSN reports if that step is taken in the case of Robinson, it turns from a mere criminal one into a diplomatic one involving multiple branches of the US government, federal court proceedings, and questions about the American suspect’s rights.

“This practice of course raises a question of whether we as citizens have the right not to be seized and forcibly removed from the US in order to be put on trial and possibly jailed on criminal charges in another country,” John Parry, a law professor at Lewis and Clark Law School who has studied international extradition, told Insider.

Charlotte reporters travel throughout NC in search of “friends”

Robinson’s sister, Tequila Long, said those present during the trip lied to her family about the details surrounding the 25-year-old’s death from the very beginning. Her mother also pointed out contradictions in the versions of events offered by the group which went with her in Cabo.

The FBI issued an arrest warrant in late November for an unidentified friend who was on that trip. Federal and international investigations into Robinson’s death are ongoing, and WSOC Channel 9’s Joe Bruno traveled across North Carolina trying to track down four friends who were on that trip, however, none were able to be located.

WBTV reported on a brief conversation between themselves and a potential witness.

Through a source, on December 13, they were given a name, but because she has not been charged with any crime, WBTV did not reveal her identity. Here is how they report the interaction went:

“I work for WBTV. We’re just trying to figure out what happened to Shanquella,” Hamilton said.

After the brief conversation, she quickly closed her car door and drove off without answering anything. 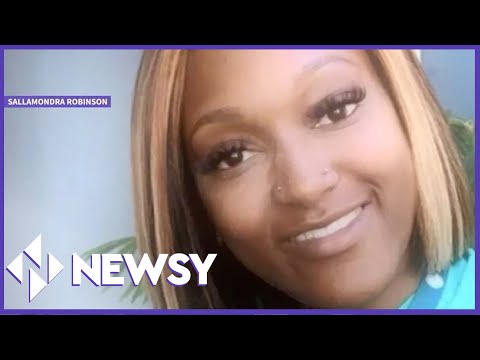 The death of Shanquella Robinson has confounded the American public after she traveled to Mexico with six friends and never returned. Robinson’s parents have told media their daughter’s friends initially blamed her October 29 death on alcohol poisoning — but her death certificate listed trauma to the neck and spine as the cause.

Neither Mexican nor American authorities have publicly identified the suspect in question or announced an arrest, and it’s unclear where the suspect is currently located.

And while there is no requirement under international law to comply with extradition requests, the US and Mexico have an established, decades-old extradition treaty both countries generally comply with.

Shanquella Robinson still mourned by those who knew her best

Like bro.. this is her family’s first holiday season without her… prayers to Shanquella Robinson’s family, especially during this time

The Atlanta Black Star reports Jonathan Dorrest, a former high school classmate of “Quella,” remembers her as a popular cheerleader with a good fashion sense. As an online bouquet and children’s hair braiding business owner, Robinson worked on completing her studies at Winston-Salem State University right before her death.

“I feel like we don’t really understand how little time we have with the people we love,” Dorrest continued. “Life is fragile, fleeting, complex and confusing. We know all good things come to an end, yet we still have difficulty processing them. I wish this had never happened to Quella.”

No arrests have been made at this time.