Earlier this afternoon the country learned of Derek Chauvin’s guilty verdict after the jury deliberated for 10 hours. It was supposed to be a day of renewed hope that police will be held accountable for their actions and that nobody is above the law. Those moments didn’t last long as news of another police shooting began to hit social media.

At 4:30 p.m. EST 16-year-old Ma’Khia Bryant was shot and killed by Columbus Police after she called them for help. According to witnesses, Bryant was trying to defend herself with a knife against multiple girls trying to fight her at her house. She called police for help and when they showed up, without any attempt to de-escalate the situation they shot and killed the 16-year-old. 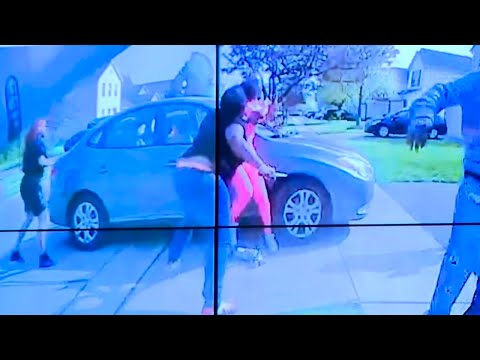 Columbus Mayor Andrew Ginther tweeted: “This afternoon a young woman tragically lost her life. We do not know all of the details. There is body-worn camera footage of the incident. We are working to review it as soon as possible. BCI is on the scene conducting an independent investigation as they do with all CPD-involved shootings. We will share information that we can as soon as it becomes available. I’m asking for residents to remain calm and allow BCI to gather the facts.”

Paula Bryant, Ma’Khia’s mother, said in an interview that Ma’Khia was “a very loving, peaceful little girl…she was an honor roll student, and had a motherly nature about her. She promoted peace,” said Paula.

The Ohio Bureau of Investigation has taken over control of the case, and the officer, who hasn’t been named, has been taken off the streets during the investigation, according to a police press conference following the shooting.

After the shooting, video on Twitter appeared to reveal officers chanting “blue lives matter” as the family is grieving.

This is a developing story.