The multi-hyphenated Kevin Hart was once known for ripping stages and leaving his audience in stitches. However, he’s always been a businessman and a damn good one. You’d be hard-pressed to find a comedian who knows how to brand themselves more than Kevin Hart. A Gladiator of Giggles and Mastermind of Marketing, Hart’s creativity on stage, in film, or literally every other medium has garnered not only attention, but big dollars.

Most recently, Kevin joined one of his super rich friends Mark Cuban on the mega hit ABC show Shark Tank, where he listened to the pitch of Black Sands Entertainment, a comic book company educating people on the “multiple rich layers of Black history and culture that go beyond the experience of enslavement and colonization.” Dope right?!

Storytelling comes in many forms. From crayons to comics, we’re able to tell stories with amazing detail, deliberate intention, and magnificent imagination. Much like BSE, many Black creatives have foregone mainstream expectations and now look to tell authentic, independent and even fictionalized stories that infuse the culture with pride and dignity.

According to Black Sands Entertainment, “we fight everyday to counter Hollywood agenda-based narratives”.

Their message is resonating with the people.

So much so that they’ve acquired over 5,000 investors (many of whom are African American), yet none with more star power and brand genius than Kevin Hart.

The drama was thick as Kevin told them time and again why he would be the best partner for their booming brand and after the other Sharks tried to get their nibble, President and Founder Manuel Godoy accepted Hart and Cuban’s combined offer of 30% stake in exchange for $500K investment in BSE.

Hart’s impassioned pitch was hard to turn down and with a proven King Midas effect on those around him, Black Sands Entertainment has leveled up in a major way. Its creativity and reach are about to take off yet again. 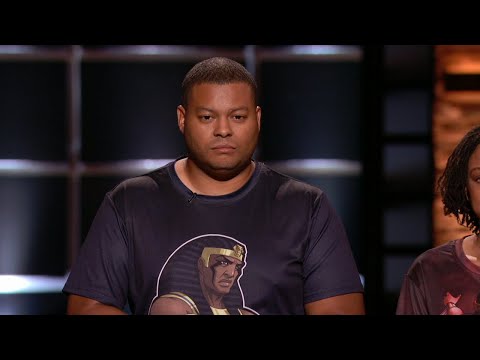 One reply on “Kevin’s Great Hart (and Even Better Brain)”