Talking with a friend yesterday about “Crooked Cops” revealed something to me. Some people believe that an individual who is an officer of the law is justified in committing the crime of perjury to incarcerate another person who has committed a crime which they or society, in general, would deem to be a more severe crime.

What I have to say to this is a two part response. 1st two wrongs don’t make a right. She stole my washing machine, so I stole her bike. You both should be going to jail. 2nd we’ll look at the Police Officer’s Oath. The widely used oath embraced by the International Association of Chiefs of Police reads,

“On my honor, I will never betray my badge, my integrity, my character or the public trust. I will always have the courage to hold myself and others accountable for our actions.”

Our justice system is not and cannot be perfect, why because it takes humans to run it and human beings are imperfect. So for the integrity of the system, honesty is that much more important.

Millions of American citizens don’t believe in our justice system for a variety of reasons, but it all boils down to trust. As police officers are our first contact with the justice system, the trust and integrity of our judicial process begin there.

The oath states I will never betray my badge, my integrity, my character, or public trust. When an officer lies on a sworn statement such as a police report used by the District Attorney’s office to extract information for filing criminal charges against a person, the integrity of the prosecution is at that moment compromised by the lies written in the police report.

The willful and deliberate betrayal of the integrity of the judicial process disgraces the badge, which honest cops suffer to uphold its reverence. This breaks public trust in an assortment of different ways.

The safety of law-abiding Americans is compromised when we cannot count on the courts to hold people convicted of dangerous crimes behind bars until rehabilitation, due to false testimonies made by police officers which lead to exonerations. How can we trust our court system to protect our civil interests of land, property, and business ownership, if the very basic unquestionable importance of the safety of American lives is undermined by the same people who are sworn to protect it? For one who is accused of a crime and arrested the threat of the justice system is just as it sounds, a threat. Merriam-Webster Dictionary defines the word threat as an expression of intention to inflict evil, injury, or damage. When someone is arrested, they are supposed to be deemed innocent until proven guilty, but we often see that is not the case.

In a case of criminal procedure, an accused person depends upon the facts to be honestly and accurately presented and proven to the court to determine if the accused is, in fact, guilty and a just punishment should subsequently follow.

When an officer disgraces his or her character, the badge, the uniform, and the integrity of the “color of law” by lying under oath whether on the stand or on paper it is among the lowest forms of cowardice. Breaking the sacred oath that which other men and women hold precious enough to have their blood spilled over is a complete mockery of the very foundation of the institution of law.

We salute our people who take on the challenge of law enforcement as our “brave men and women in uniform.” Merriam-Webster’s Dictionary defines brave as having or showing courage. So for one to be brave, you have to have courage, and for one to be considered brave, they have to show courage. Simply filling out an application and passing the mental and physical tests don’t exhibit one’s bravery. The well-known fact of the dangers of a job does not automatically equate one to being a brave person. Coal Mining and Construction working jobs are dangerous, but you never hear us saying the brave men and women in coal or construction.

Officer Down Memorial Page is a website dedicated to remembering fallen officers who died in the line of duty. Whether it was a car crash, shooting, heart attack, a bomb, an accident, or any other circumstance they separate them and respectfully recognize every person who lost their life. They list 151 deaths in 2014, 141 deaths in 2015, and 145 deaths in 2016. The US Department of Labor’s Occupational Safety and Health Administration report 937 construction worker fatalities in 2015 alone. The deaths in 3 full years of law enforcement work combined are barely over one-third of the lives lost in one year in the construction industry, which has an annual average of over 900 deaths per year. So it seems that the mere fact of a job being dangerous is not the deciding factor for the employee to be considered brave.

True bravery is selfless, courageous, and fearless. One cannot claim to be a brave man or woman in law enforcement and cower claiming that they are in fear for their life when the opportunity to show bravery presents itself. Bravery is displayed in the times of uncertain chance when one puts their life on the line for the safety and wellbeing of others. Let’s say you’re a coal miner and you notice the mine you’re in collapsing. You then scream “get out” to alert your fellow crewmen, and you all start running towards the exit. As you run to safety and you reach back to save your fellow workers risking the threat of getting your arm crushed or possibly dying under a pile of rubble you are displaying fearlessness and selflessness that one can honestly say is a time bravery was shown.

There is absolutely nothing brave about three people in uniform shooting a man they knew to be mentally ill in the back because he has two knives in his hand and he could pose a threat. A brave person would have acted bravely and physically taken down the man with the knives knowing that one man with two knives will lose every single time versus his two fellow officers who are there to back him up with guns, tasers, and the other weapons they carry. A truly brave or courageous individual could see that this is an even easier opportunity to exercise bravery but, not someone blinded by fear.

I know some people are going to argue that the training may or may not instruct officers to take calculated risks like that which I just described. My response to that is, my only hope is that the training is not teaching our future peace officers how to exercise cowardice practices while improperly empowering oneself as a brave individual without ever exercising any acts of bravery, but claiming so solely based on the job description.

Destroying the foundational integrity of the judicial process with lies that betray the public trust, dishevels one’s integrity with the cowardice of not holding thyself and fellow officers accountable are some of the most crooked acts an officer can commit. Crimes against the honor of the badge. 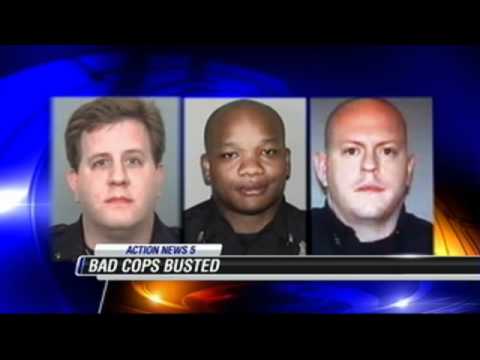