TULSA, Okla. — The former Mayor of Sacramento, California, Kevin Johnson, in partnership with SeedInvest, launched their Black Capital initiative, a collective mission to economically empower African Americans through access to the venture capital industry. Their first visit, since the initial launch, was Tulsa, Oklahoma — once a black entrepreneurial hub in the early 20th century dubbed the Black Wall Street by African-American icon Booker T. Washington.

The Sacramento mayor was introduced by his long-time friend Dr. Ray Owens, pastor of Metropolitan Baptist Church and founder of the MetCares Foundation. “I was really intrigued by this idea of what can happen when black folk come together, pull their resources and work to build wealth in our community,” Owens said before introducing his guest.

Johnson explained that the initiative’s goal “is for Black Capital to be a vehicle for wealth creation,” he explained, then took a more serious tone, saying, “The African American community is in a crisis.”

Johnson informed the crowed that the median wealth of Black Americans will plummet to zero by 2053 if they remain on course. He hopes the Black Capital initiative will change its trajectory.

“There is no other ethnic group that’s in first place in everything bad and last place in everything good,” Johnson said — referring to the National Urban League Equality Index report, indicating that Black Americans are last in education, economics, civic engagement, health and social justice.

Johnson pointed out that there are 47 million Black Americans, more than the population of Australia: “so if we came together and got on the same page, there ain’t nothing that we can’t do,” he said.

Black Capital’s mission is to empower Black Americans to take control of their financial future, help narrow the widening wealth gap, and to democratize access to the venture capital industry. Historically, this asset class has only been available to just 2% of the U.S. population.

Their objective is to ensure that people of color have a seat at the table and participate in the previously inaccessible early-stage venture capital asset class.

To learn more about SeedInvest check out founder Ryan Feit’s Sizzle Reel below. 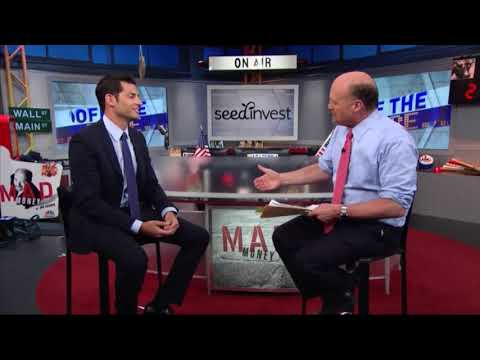