Did you tune-in to The Breakfast Club this morning? Former Vice President and 2020 Presidential candidate Joe Biden nearly broke the internet when he told host Charlamagne Tha God and listening guests, “If you have a problem figuring out whether you’re for me or Trump, then you ain’t black.”

The presidential candidate immediately smiled after delivering what some would say was a shortsighted microaggression that definitely showed the former Vice President’s cultural incompetence because his joke missed the runway completely.

Charlamagne calmly clapped back with, “It don’t have nothing to do with Trump; it has to do with the fact, I want something for my community.” And rightfully so.

Biden followed up with touting what he’s seemingly done for Black America.

Since the announcing of Senator Amy Klobuchar as a possible VP pick for Biden, Black folks have been declaring their disapproval on social media. Black America feels that Uncle Joe owes them a melanated body as his VP since Black people factually arose his ass from the dead on SuperTuesday.

Sadly, Biden’s interview was an entertaining disaster; he boasted on how the 1994 crime bill which massively incarcerated people of color, actually lowered crime in the black community. Even Hillary Clinton said the crime bill was wrong and harmful to the nation’s black community, which Biden said that Clinton was wrong to apologize. But Biden never apologized for the crime bill while on the show, but only continued to boast about his joint accomplishments during the Obama Administration.

But all jokes aside, he f–ked up and should actually apologize to the Black community for his insensitive comments. To not do so would show that he’s taking Black people’s votes for granted.

Nevertheless, Biden will probably get, not earn, the Black vote because most Black folks ain’t playin’ with Trump or his politics. 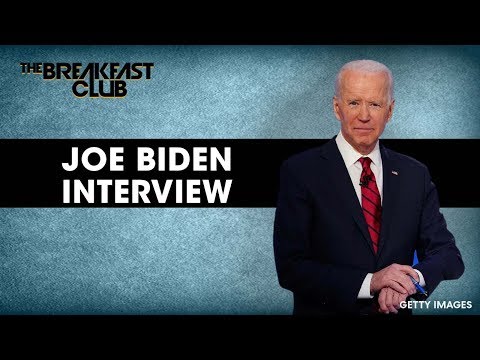